Emilia Nielsen is faculty at Quest University in Squamish, BC as a Teaching Fellow in 2013-2015. She holds a BFA from the University of Victoria, a MA from the University of New Brunswick and a PhD from the University of British Columbia. During her studies, she was the recipient of several British Columbia Arts Council Senior Scholarships and two Canada Graduate Scholarships from the Social Sciences and Humanities Research Council of Canada for Masters and Doctoral research and writing. Her poetry has appeared in literary journals across Canada including The Antigonish Review, Contemporary Verse 2, Event, Descant, The Fiddlehead, Grain, Prairie Fire, Room Magazine, and was nominated for a Pushcart Prize in Poetry by Prism International. Surge Narrows, published by Leaf Press in 2013, is her debut collection of poetry.

Daniela Elza’s work has appeared nationally and internationally in well over sixty publications. Her poetry collections are the weight of dew (Mother Tongue Publishing, 2012), milk tooth bane bone (Leaf Press, April, 2013) and the book of it (iCrow publications, 2011). Daniela contributes to the poetry community is a variety of ways: judges contests, organizes and promotes events, conducts workshops, guest-edits for journals/anthologies, volunteers for writing organizations, helps coordinate and host Twisted Poets Literary Salon and is poetry editor at Cascadia Review, where she makes sure Canadian voices from the bioregion are well represented. In 2011 Daniela earned her doctorate in Philosophy of Education from Simon Fraser University.


In conjunction with the Victoria Writer’s Festival


Barbara Pelman is a sort of retired teacher, having taught high school English for many years, and is now teaching part-time in the Faculty of Education. She has two books of poetry, One Stone (Ekstasis Editions 2005) and Borrowed Rooms (Ronsdale Press 2008) and a number of poems in literary journals. She has been an active member of the poetry community, poeming strangers during Random Acts of Poetry, organizing students to paint poems on hoardings downtown (those blank construction walls you're always tempted to write on), reading at the Open Mic at Planet Earth Poetry. She has a daughter, a piano, and an ex-husband.
Jeanette Lynes' sixth collection of poems, Archive of the Undressed (Wolsak and Wynn, 2012) was shortlisted for two Saskatchewan Book Awards. Jeanette's poems were also shortlisted for the 2012 Matrix Litpop Award and won the 2010 Nick Blatchford Occasional Verse Award from  The New Quarterly. Her first novel, The Factory Voice, was long-listed for the Scotiabank Giller Prize and a ReLit Award; it was also podcast on CBC Radio. Jeanette is the Coordinator of the MFA in Writing at the University of Saskatchewan and lives in Saskatoon.


League of Canadian Poets and The Writer’s Union of Canada

Elizabeth Greene has published two collections of poetry, The Iron Shoes (Hidden Brook, 2007) and Moving (Inanna, 2010). She edited and contributed to We Who Can Fly: Poems, Essays and Memories in Honour of Adele Wiseman (Cormorant, 1997) which was awarded the Betty and Morris Aaron Prize for Best Scholarship on a Canadian Subject. She has recently published poems in The Literary Review of Canada, The Antigonish Review, Guernica's Poet to Poet Anthology, ed. Julia Roorda and Elana Wolff, and The Planet Earth Poetry Anthology, ed. Yvonne Blomer and Cynthia Woodman Kerkham (Leaf Press); in Shy: The Anthology, ed. Rona Altrows and Naomi Lewis (U of A Press); in Untying the Apron, ed. Lorri Neilsen Glenn (Guernica) and in I Found It at the Movies, ed. Ruth Roach Pierson (Guernica). She has twice been short-listed for the Descant/Winston Collins Prize (for 2011 and 2013). This year, the short list will be published in Descant in the summer of 2013. Her current collection of poetry, Understories, is being read at Inanna. She lives in Kingston with her son and three cats.

Born and raised in Montreal, Quebec, Rona Shaffran lives in Ottawa, Ontario. Ignite (Signature
Editions, 2013) is her first published collection of poetry. It tells the book-length story of
remarkable things that can happen in a broken relationship between a man and a woman, healed by a physical process of self-discovery. Rona launched Ignite at the 2013 Ottawa Writers Festival. 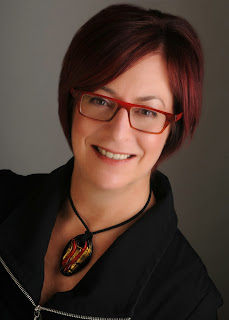 Posted by Planet Earth Poetry Victoria BC at 10:48