Clea Roberts and Tom Wayman
(with support of The Canada Council for the Arts)
Clea Roberts lives in Whitehorse, Yukon on the Takhini River. Her poems have appeared in The Antigonish Review, CV2, The Dalhousie Review, The International Feminist Journal of Politics, Lake: A Journal of Arts and the Environment, The Malahat Review, Prism International, and Room. Roberts has received fellowships from the Vermont Studio Centre, the Atlantic Centre for the Arts, and is a three-time recipient of the Yukon Government Advanced Artist Award. Her work has been nominated for a National Magazine Award and her poem, “When We Begin to Grow Old,” won the After Al Purdy Poetry Contest. Clea co-organizes the Whitehorse Poetry Festival.

Tom Wayman was born in Ontario in 1945, but has spent most of his life in British Columbia. He has worked at a number of jobs, both blue and white-collar, across Canada and the U.S., and has helped bring into being a new movement of poetry in these countries - the incorporation of the actual conditions and effects of work. He received his MFA in English and writing at the University of California in Irvine has been awarded the Canadian Authors' Association medal for poetry, the A.J.M. Smith Prize for distinguished achievement in Canadian poetry and first prize in the USA Bicentennial Poetry Awards competition. His poetry has been published in literary magazines across the world, including The Paris Review, Saturday Night, The Hudson Review and Canadian Forum. He currently teaches at the University of Calgary and remains Squire of "Appledore," his estate in the Selkirk Mountains of southeastern BC. 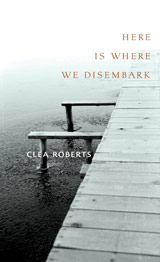 A collection of poems and prose with themes that parallel the people and environment of B.C.'s central and north coast by Yvonne Blomer, Kim Goldberg, Jeanne Iribarne, Christine Lowther, Garry Thomas Morse, Patrick Pilarski, Steven Noyes, Eden Robinson and Alison Watt. (The same works are included in the art book Canada's Raincoast At Risk: Art for an Oil-Free Coast, published by Raincoast Conservation Foundation and available in November 2012.)
As many of the writers/poets as possible, plus others short-listed for inclusion in the book, will read from their work.
Poems for an Oil-Free Coast is letterpress printed at Vancouver's Black Stone Press, and hand bound by Frances Hunter in two limited editions: one softcover wrapped in cedar bark paper; the other bound in yellow cedar boards. Red Tower Bookworks is donating proceeds to Raincoast Conservation Foundation, www.raincoast.org. 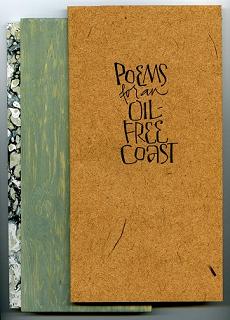 
Planet Earth Poetry begins its 2012-13 season with our annual MSF/Doctors Without Borders Fundraiser. We will have books for sale for $5 each and its Read a Poem by Your Favourite Poet (other than yourself) Night. 7:30/$3

All money raised goes to Doctors Without Borders. This year MSF is fundraising for relief in Sahel.  The Canadian government will match donations made to MSF for their work in the Sahel region before September 30,2012.
Posted by Planet Earth Poetry Victoria BC at 12:58 No comments: